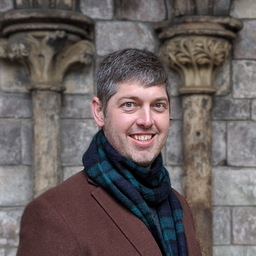 Michael Hall is an open source software developer, community manager and technology evangelist.  He has extensive experience in developing desktop and web-based software in a large variety of languages and frameworks, and contributes to a number of open source projects and communities.  He currently works for Canonical, maker of the popular Ubuntu operating system, and a community manager and developer advocate.

Michael got started in software development in 1998, joining a small web hosting company and learning Perl as his first programming language.  He then went on to write websites and applications in Java, PHP and Python, as well as a number of desktop applications and libraries.  He has developed software solutions for some of the biggest companies in the telecommunications, banking, media and medical industries.

As a new father, Michael co-created the Qimo for Kids distribution of Linux, a popular operating system for pre-school aged children which provided a simplified interface and a selection of some of the best entertaining and educational open source games available.  He has spoken about Qimo, and using it to donate computers to families with special needs children, at  technology conferences across North America.

As part of the Canonical Community team, Michael was able to combine his love of community involvement with his software development experience.  Here he was responsible for promoting development of Ubuntu itself and the applications that run on it.  He lead projects to improve integration with Ubuntu’s flagship Unity desktop among desktop and web application.  Michael also lead Canonical’s Skunkworks initiative, which brought in select community contributors to work on unannounced projects being developed internally.

When Ubuntu announced their plans to enter the mobile phone and tablet market, and released an early preview of their SDK, Michael took a leading role in bringing it to application developers, and working with Ubuntu engineers to extend and improve on the developer toolkit.  He has overseen the collaborative development of a number of core applications for Ubuntu’s mobile offering, bringing community developers together with Canonical staff to plan, develop and deliver high quality, visually stunning apps.