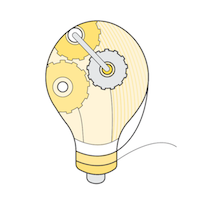 But while this saved work for the researchers, it was no small task for Amazon’s engineers. To keep offering the latest version of these libraries they had to repeat this work every time there was a new release , which was quite often for some of them. Worst of all they didn’t have a ready-made way to update those libraries on instances that were already running!

By this time they’d heard about Snaps and the work we’ve been doing with them in the cloud, so they asked if it might be a solution to their problems. Normally we wouldn’t Snap libraries like this, we would encourage applications to bundle them into their own Snap package. But these libraries had an unusual use-case: the applications that needed them weren’t mean to be distributed. Instead the application would exist to analyze a specific data set for a specific person. So as odd as it may sound, the application developer was the end user here, and the library was the end product, which made it fit into the Snap use case.

To get them started I worked on developing a proof of concept based on MXNet, one of their most used ML libraries. The source code for it is part C++, part Python, and Snapcraft makes working with both together a breeze, even with the extra preparation steps needed by MXNet’s build instructions. My snapcraft.yaml could first compile the core library and then build the Python modules that wrap it, pulling in dependencies from the Ubuntu archives and Pypi as needed.

This was all that was needed to provide a consumable Snap package for MXNet. After installing it you would just need to add the snap’s path to your LD_LIBRARY_PATH and PYTHONPATH environment variables so it would be found, but after that everything Just Worked! For an added convenience I provided a python binary in the snap, wrapped in a script that would set these environment variables automatically, so any external code that needed to use MXNet from the snap could simply be called with /snap/bin/mxnet.python rather than /usr/bin/python (or, rather, just mxnet.python because /snap/bin/ is already in PATH).

I’m now working with upstream MXNet to get them building regular releases of this snap package to make it available to Amazon’s users and anyone else. The Amazon team is also seeking similar snap packages from their other ML libraries. If you are a user or contributor to any of these libraries, and you want to make it easier than ever for people to get the latest and greatest versions of them, let’s get together and make it happen! My MXNet example linked to above should give you a good starting point, and we’re always happy to help you with your snapcraft.yaml in #snapcraft on rocket.ubuntu.com.

If you’re just curious to try it out ourself, you can download my snap and then follow along with the MXNet tutorial, using the above mentioned mxnet.python for your interactive python shell.